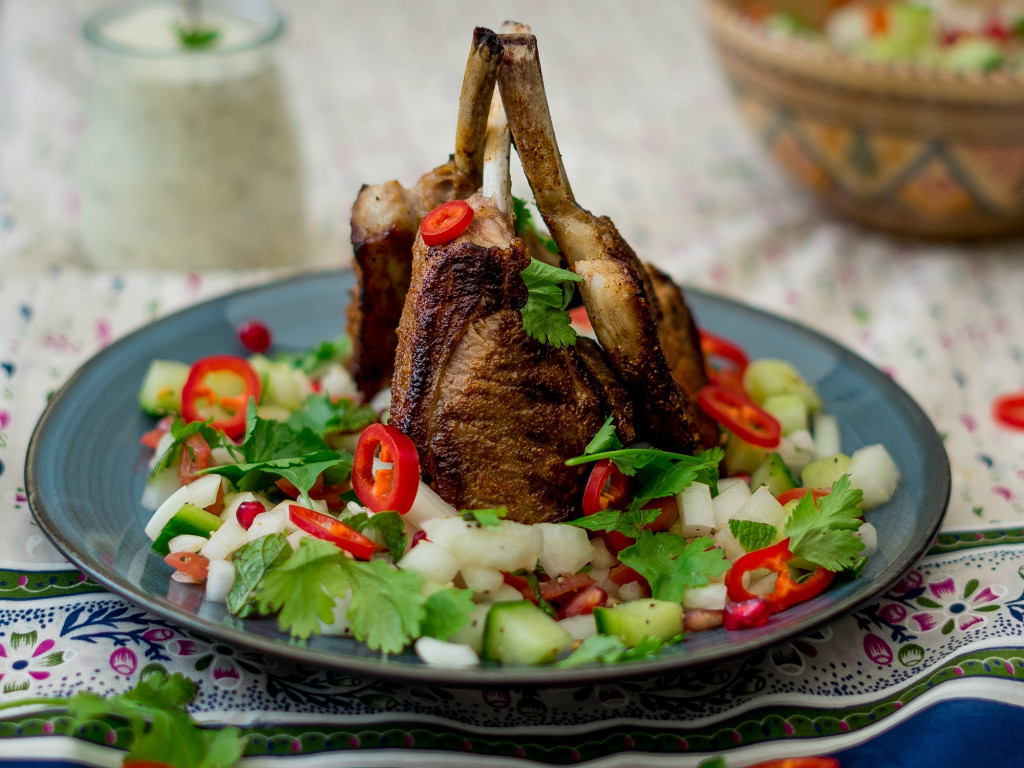 These cutlets, or burra kebabs, are usually grilled over hot coals, but they lend themselves really well to a barbecue.

This dish is yet another example of the Mughal influence. This technique of grilling marinated meat over hot coals was introduced to India by the Mughals. It is now common, particularly in Awadhi and other northern Indian cuisines. It was the origin of tanduri cooking.

These kebabs are a common street food in Lucknow. Each vendor has their own marinade and grills them in front of you over red-hot coals. Typically the bone is wrapped in grease-proof paper and used as the handle whilst you eat it.

We always serve this with kachumber, as described in the recipe below.

You will need to start this recipe at least the day before to marinate the cutlets.

to cook the cutlets

to prepare the cutlets 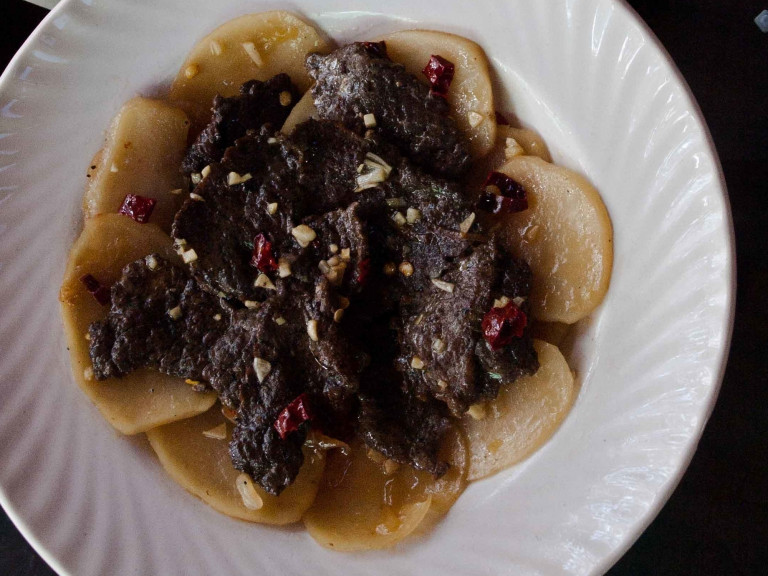 This is the Goan version of "meat and three veg", and is clearly a dish from their Portuguese heritage. In fact, it is most commonly called by its Portuguese name of Bife de Goa. It has everything that the Portuguese loved and inspired in Goan cuisine, namely chilli, garlic and vinegar. 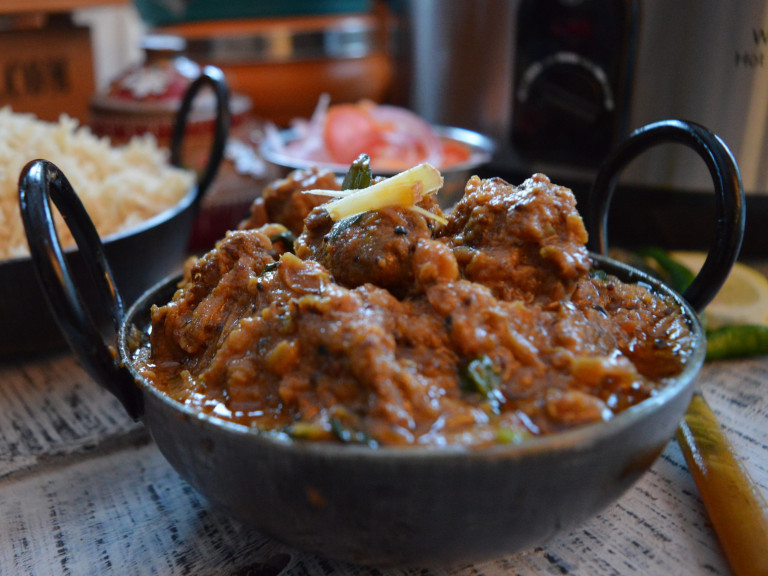 Lamb with lentils and vegetables, or dhansak, has something for everyone - lamb, lentils, pumpkin, eggplant, and a creamy texture with no dairy products. 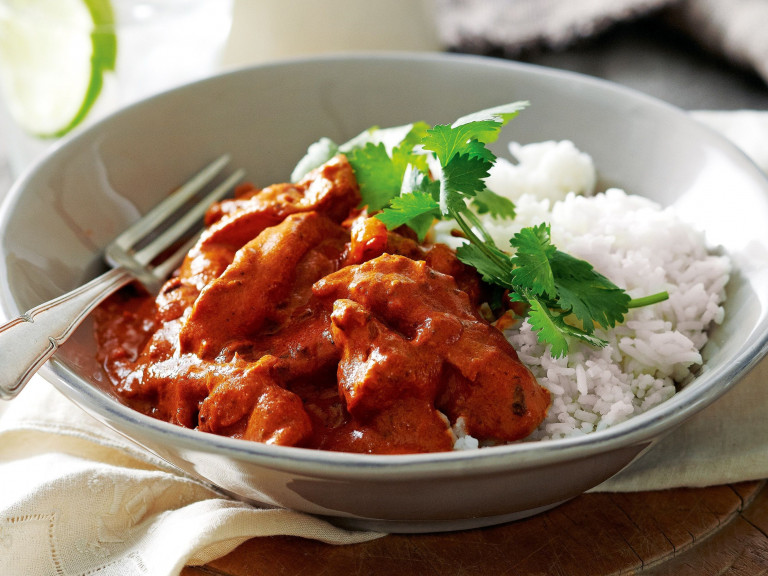 This is the classic Mughal butter chicken. Murgh makhani is not a curry, like restaurants serve, but is pieces of grilled or baked chicken coated in a sauce.