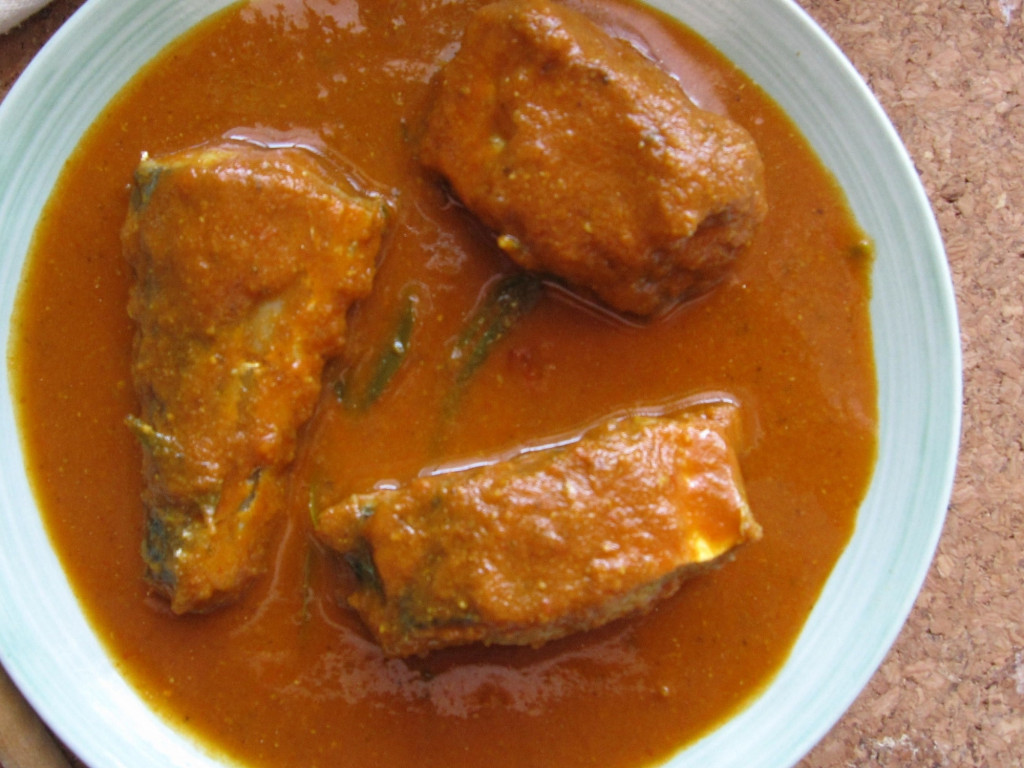 This dish is from the coastal region of Goa, well-known for its fish and seafood dishes. Goan fish curry is hot and tangy. and is known locally as xiti codi, or caril de piexe. The recipe has travelled the world and is usually what people think of when they think of fish curry.

This is our family recipe and it is surprisingly easy to prepare. All you do is prepare the masala, then quickly poach the fish in it. This suits entertaining, as there is little attention needed once you have made the masala, which is far from fussy to prepare.

You must use a strongly flavoured fish as it needs to compete with the chillies. Ling, cod or Spanish mackerel could be used instead of kingfish. The original dish uses pomfret, which is almost unobtainable fresh unless you are in India.

In typical Goan style, the dish doesn’t taste that hot at first. It has some initial bite from the fresh red chillies, but it is only when you are partway through the meal and your hair is plastered to your forehead, do you realise you have eaten something hot. This is partly due to the effect of the Kashmiri chillies but is also due to the manner in which they are prepared and cooked into the dish in the early stages. Note that soaking the chillies in the vinegar helps bring out their bright colour when ground.

Some people believe this is better the next day, after which the flavours will have developed further. We don’t agree, because it allows the spices to overpower the fish. Further, because you will need to refrigerate, then reheat the dish, it is difficult to keep the fish in the just-cooked state. You will end up with fish that has broken up and flaked. This is best served straight from the pan.

Serve this with sanna, which are like idli, or plain rice. You should also have raita to help cool the palate. 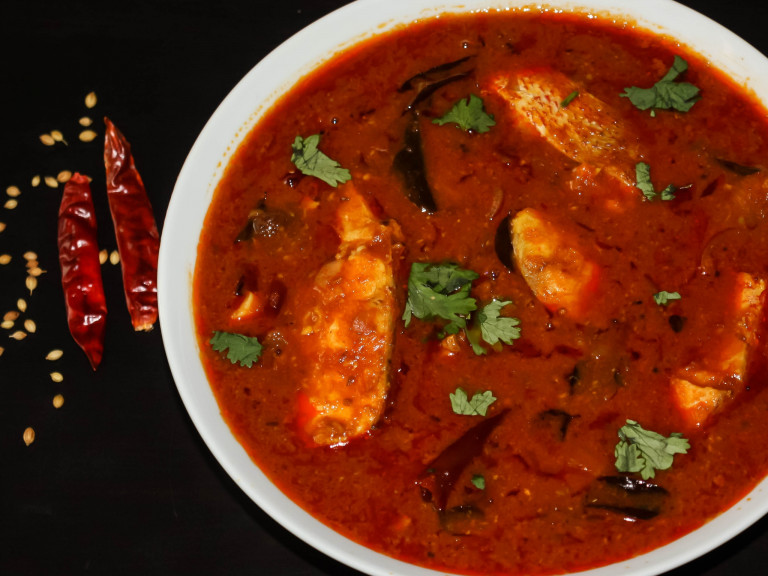 This Madras fish curry is a family dish from Chennai. Meen kuzhambu gets its flavour from the shallots and tomatoes and features the taste of the just-cooked fish to perfection. 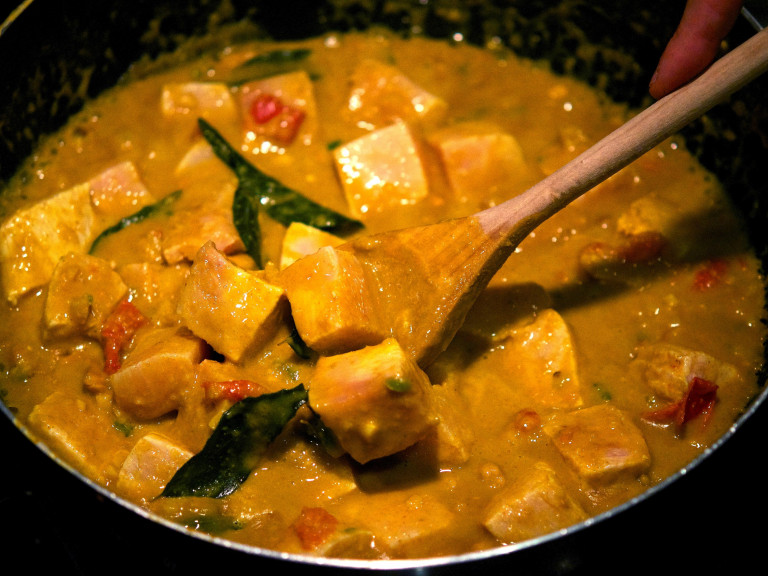 Meen moli is a wonderful Keralan fish curry. It is cooked quickly with chunks of fish in a hot coconut milk masala. 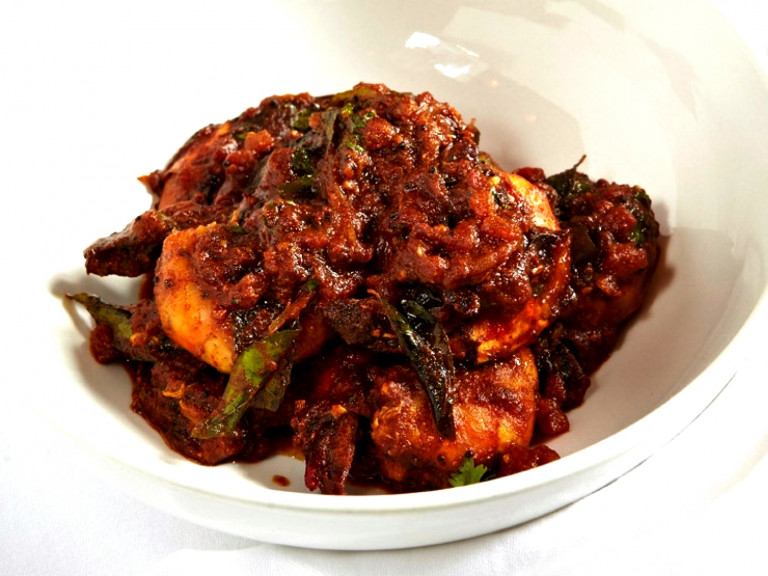 A good prawn curry is hard to resist and this Malabar prawn curry is a good one. Hot and tangy with the tomatoes and tamarind ,malabari jingha masala highlights the flavour of the prawns.