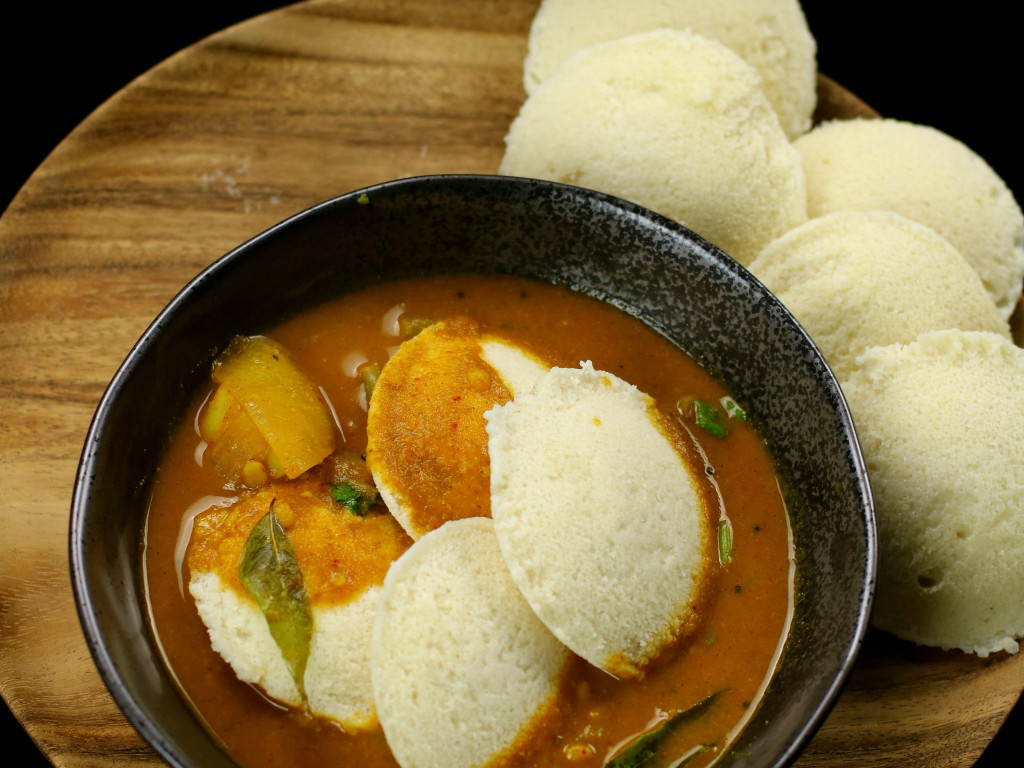 Idli are south Indian savoury rice cakes, often served at breakfast, but also eaten as a snack or in place of rice in a lighter meal.

They are made by steaming a fermented batter of rice and lentils. The white spongy cakes are generally served with sambar, curries or other sauces, as shown in the picture above. They can be dipped into these sauces, sprinkled with spices, or eaten alone. Idli are typically southern Indian food.

The fermenting and steaming process is believed to have been brought to India between 800 and 1200 CE from Indonesia, well known for the use of fermented foods in their cuisine.

Idli are simple to make. Yes, you can buy instant idli batter mix to which you just add water and allow to ferment. You could also buy ready-made batter from good Indian grocers, which tastes better. Or, to paraphrase an Indian colleague of mine, “my mother and three hundred million like her can’t be wrong, so make it yourself, just as they do.”

The fermenting process creates a slightly sour taste and can take time – at least overnight, in a warm place. Our recipe for idli batter describes the common way of preparation. The batter should be thick and creamy but can pour off a spoon. The picture below shows the batter being poured into idli moulds.

We eat idli for breakfast, lunch and dinner. Idli, with a simple sambar or dal, with good coconut chutney, makes a really healthy and simple meal.

There are many, many variations of idli. Mini or large idlis can be soaked in sambar or stuffed with a masala vegetable filling. Rava idli uses semolina instead of rice as a base for the batter. Malli idli is a dish in which idlis are fried with coriander and curry leaves. No matter what variation, they are generally served with a wet dish such as sambar so you can dip them into it. They are often served with a chutney, or sometimes just ghee. It is common to stir a half teaspoon of ajwain or cumin seeds into the batter before fermenting.

The recipe below uses a pressure cooker, but the idli can just as easily be steamed. If you do not have idli mould trays, small ramekins would be suitable, provided you grease them lightly.

This recipe should be started the day before if you need to make the idli batter. 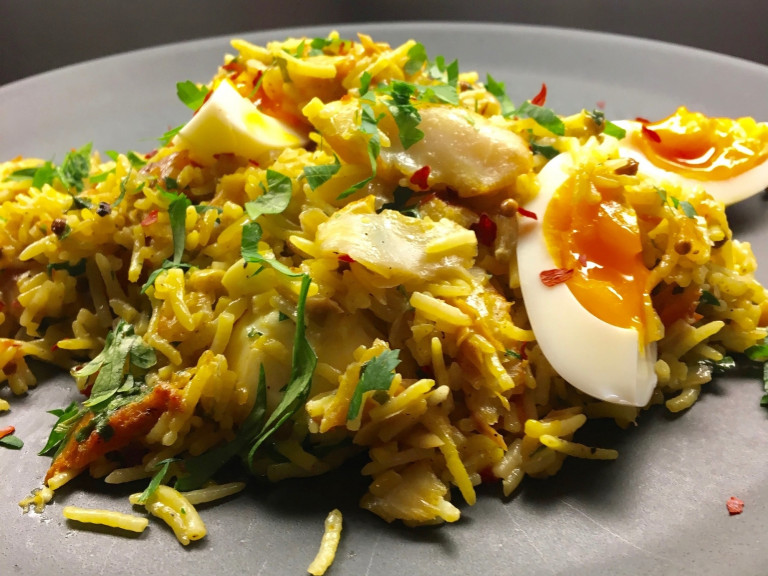 Kedgeree is another Raj specialty, appropriated and modified from traditional Indian fare. It is considered a breakfast dish. Buttery rice, with fish and eggs, and a hit of chilli. Great way to start the day. 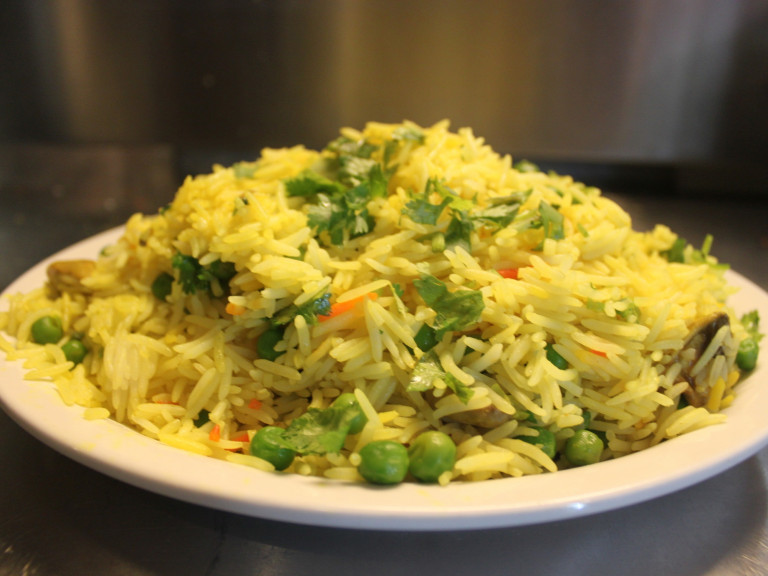 Simple and delicious pulao with peas or matar pulao. This is rice simmered in stock, with bursts of flavour from the fresh green peas. 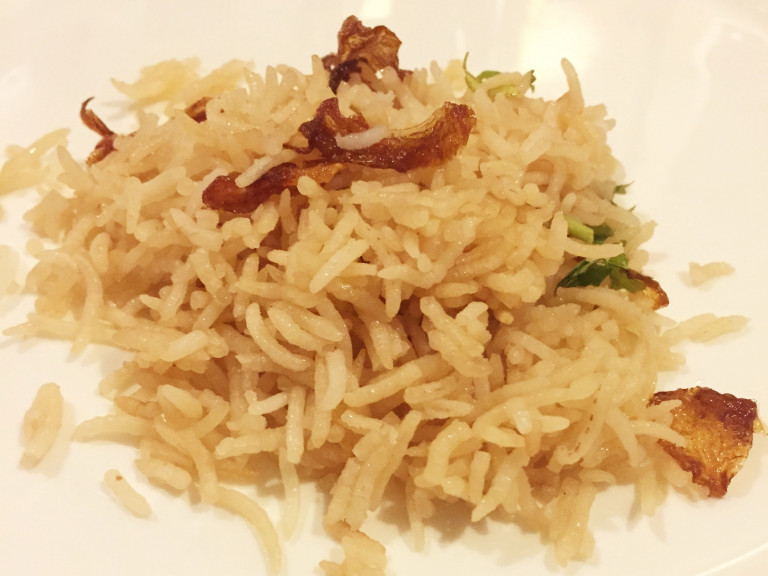