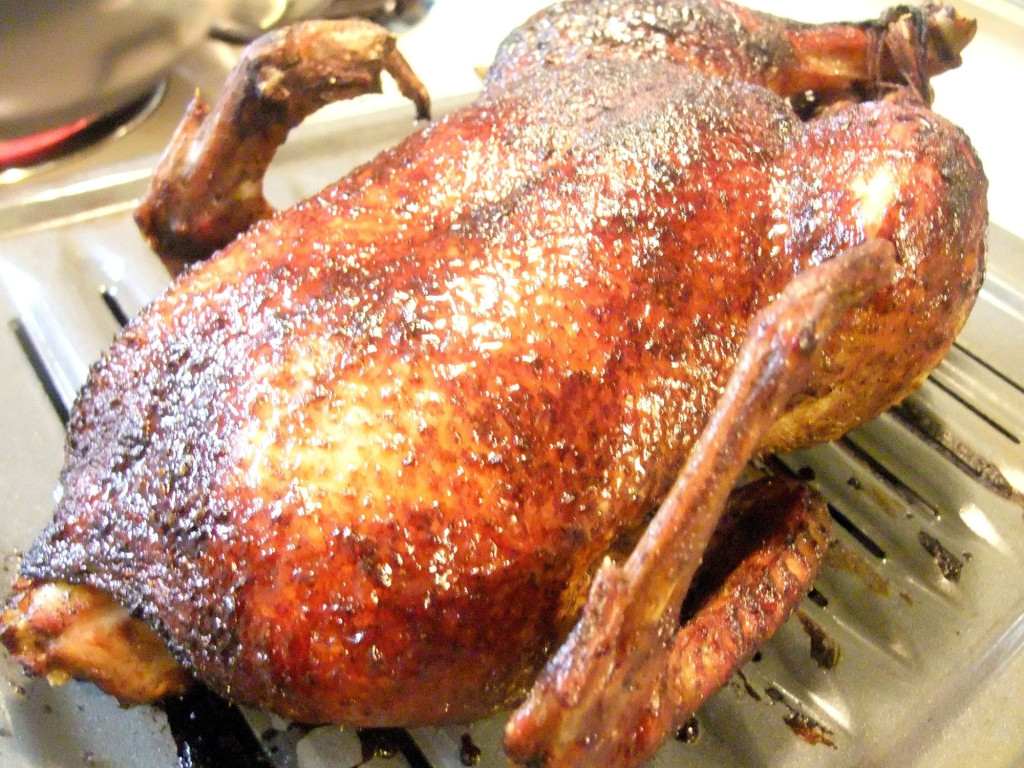 This is a recipe for a slow roasted duck or pato recheado. The recipe comes from Goa, and is another dish to thank the Portuguese for. They were responsible for introducing slow roasting techniques to India, and the recheado masala is a classic Portuguese inspired Goan recipe.

The British in India loved this. Goa has wild ducks, and they could go out a shoot their own dinner. More important was the Portuguese influence on Indian cuisine which made this, if not  familiar, at least a recognisable  dish. It also has chillies, which the British adored.

The British influence on this Portuguese dish is the onion gravy that it is served with. When you get to the recipe you will see it certainly isn’t your expected British onion gravy. Duck fat, masala and stock do not normally feature in British gravies.

From our family’s perspective, this was a special occasion dish. Duck was not readily available at that time in Calcutta. This was a dish that needed planning and preparation.

This is a quite simple recipe, no more difficult than any slow roasted dish. From a cook’s perspective, all you really need to worry about is the 30 minute basting periods.

If you are planning to make this, be aware the duck needs overnight marination in the masala. Further, if you intend to make your own masala, and why wouldn’t you, then that masala needs at least overnight to prepare. Yes, you can buy the masala from an Indian grocer – or you could do it yourself using our recheado masala recipe.

Scoring the skin will help the duck release fat easier and help create a crispy skin. You need to avoid slicing through to the meat, which will cause the duck to lose moisture. Use a very sharp knife, and be gentle. You might need to slice a few times to get the cut just right. If preparing this for the first time, be aware you can’t really make a big mistake. Cutting too shallow is preferable to cutting too deep.

For the modern audience I have left out the instructions where my grandmother describes how to remove the shotgun pellets.

We never serve this with rice. In Goa this would be served with sanna, or idli as they are more commonly known. I would also serve this with a salad, like spinach and cucumber to provide a balanced meal. The idli are just ideal for soaking up the gravy, the duck stands on its own, and the spinach salad helps restore the palate. 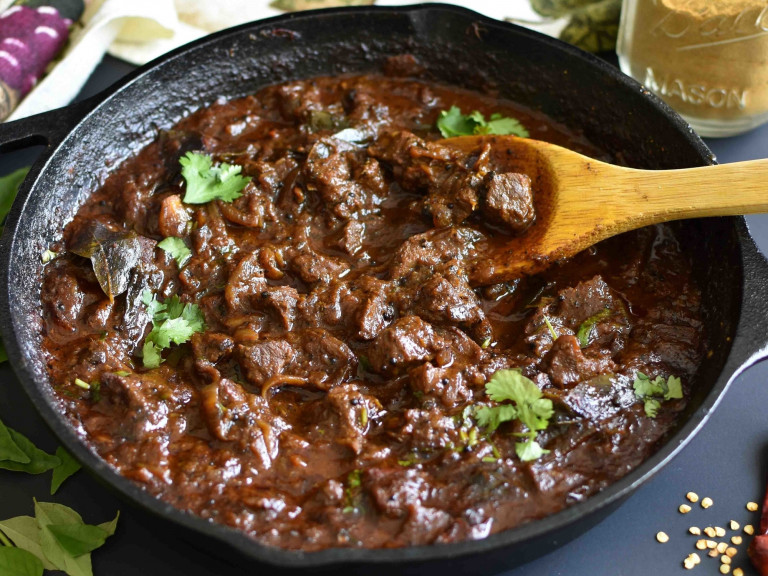 This beef curry features an unusual citrus fruit, shatkora, to provide a contrast to the richly spiced meat. It is a Bengali dish, from the Sylhet region of Bangladesh .

Rich and luscious lamb shanks, slow-braised in spices and yoghurt. This dish, naili gosht, comes from Lucknow and shows the Mughal influence on Awadhi cuisine . 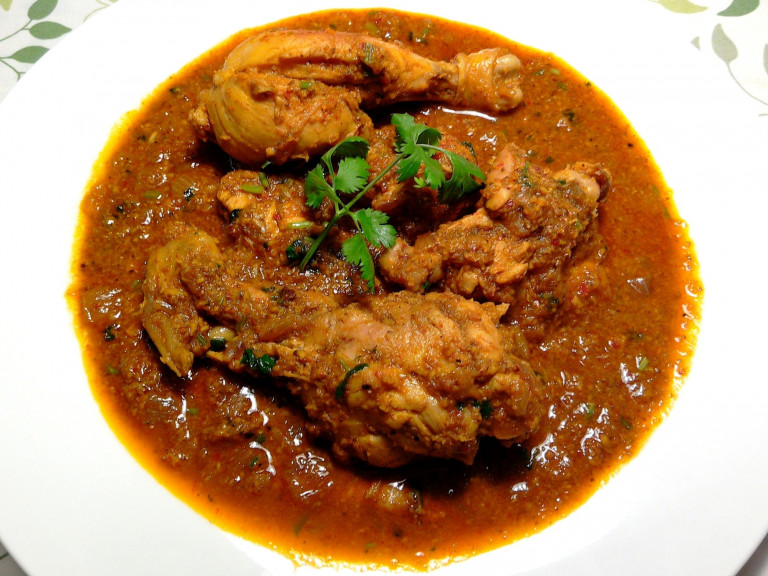 xacuti is a unique dish from Goa. It is made with sesame seeds, poppy seeds and a lot of Kashmiri chillies. It is hot, fiery and delicious.