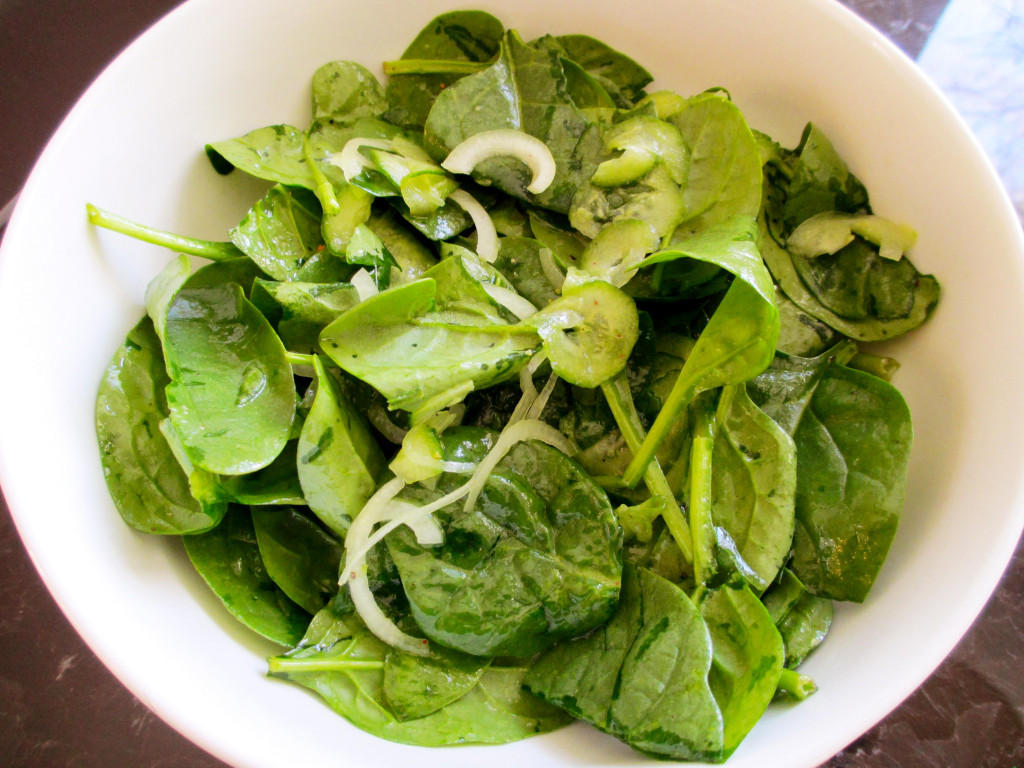 This dish, as presented here, would be banned by my grandmother. She did not allow uncooked food, other than things that could be washed then peeled, so the idea of eating fresh leaves, or even tomatoes was problematic for her. Times have changed and food hygiene is somewhat simpler today than it was in her time.

In her recipe, the spinach was blanched and lost its fresh flavour. All I have done to her recipe is to not blanch the spinach. This recipe would work well with different leaves, but I would recommend using strongly flavoured ones. Iceberg lettuce leaves, for example, would be lost in this recipe.

I am surprised how few salads of this type I have come across in her notes. I would have thought that the Raj would have liked this after a stinking hot day, running around doing their colonial chores. Something light like a kebab or tikka with a salad like this would have been ideal. Apparently not.

More study is required and I will see if I can re-purpose some of her dressing-like recipes.

One item of note is the use of cucumber juice. It is a common technique to remove the pulp from the cucumber and harvest the resulting juice. Works well in most cucumber dishes, particularly cucumber raita. 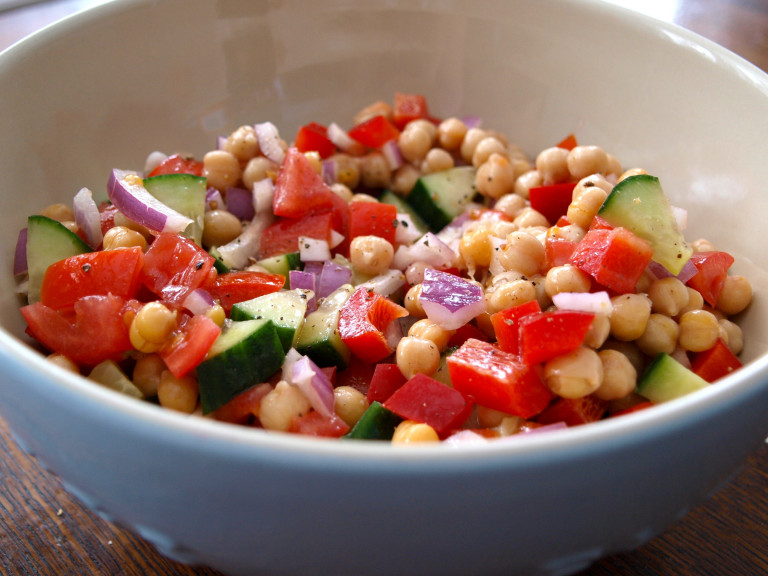 A street food favourite. Chole chaat can be served on it's own, as a snack, a nourishing lunch or as a side dish to a more complex meal. The flavour combinations from the chickpeas, tomato and onion, the chaat masala and the chutney and the crunch of the sev make this a quite special dish. 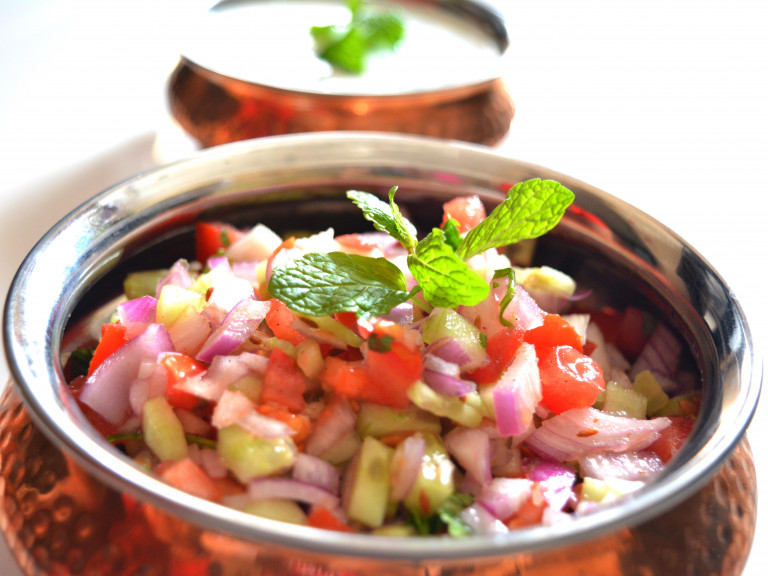 Fresh and slightly acidic, kachumber is a chopped salad featuring tomato, cucumber and onion. It is one of the most common accompaniments to an Indian meal. 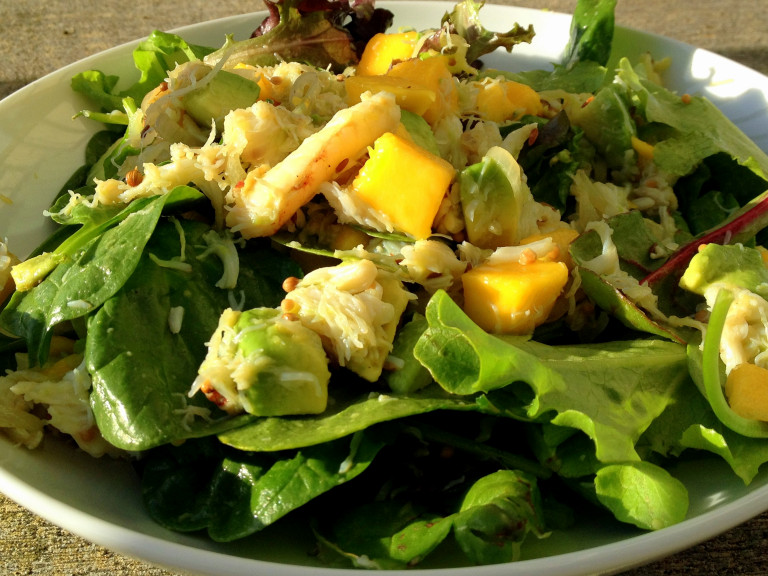