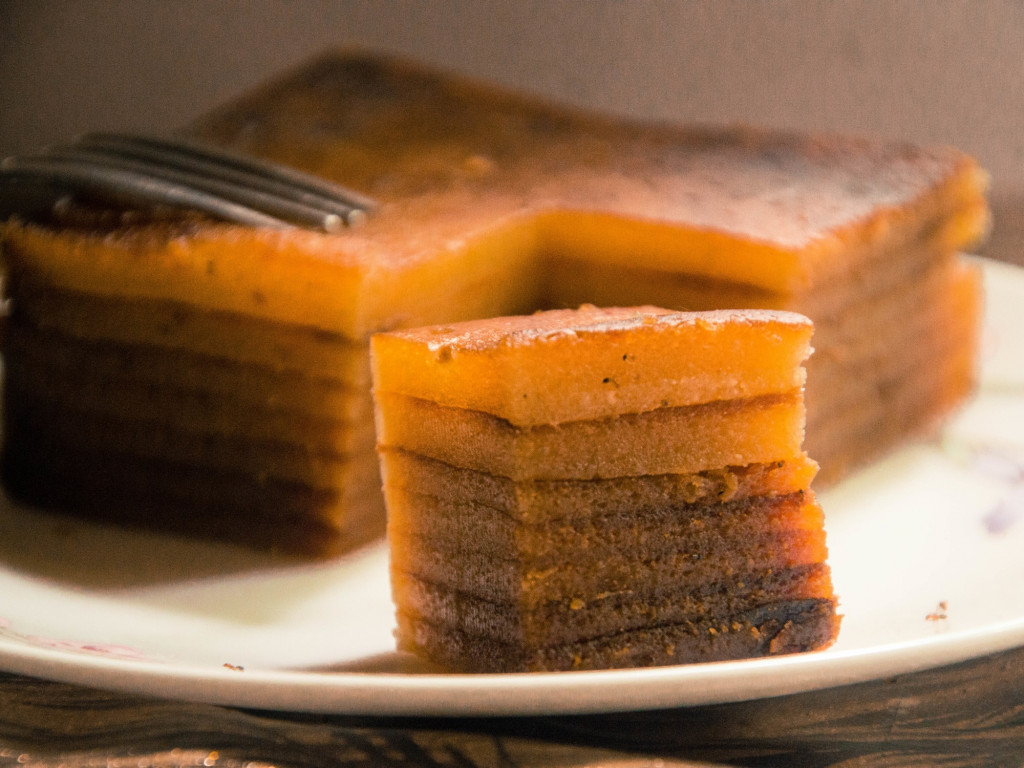 This layer cake from Goa, bebinca, is a splendid example of the Portuguese bakers’ legacy to Indian cuisine.

Surprisingly, it is gluten-free. The recipe uses rice flour, which shows how the Portuguese adapted local ingredients into their cooking. At that time, wheat was not common in Goa, so wheat flours were not readily available and nor would they have been cheap. Rice, however, is the local staple grain.

The family version, as presented here, has seven layers. One version of the dish’s history has it first made by a nun called Bebiana of the Convento de Santa Monica in Goa. She made it with seven layers to symbolise the seven hills of Lisbon, and offered it to her priest. Apparently, he found it too small, so the layers were increased to twenty-one, which is now the way the dish is prepared on formal occasions. Or so the story goes…

If you intend to make such a version, you need to increase the quantities specified here by half, and make each layer somewhat less than half the size this recipe calls for.

One of the other variants is make two batches of batter. One will use white sugar, and the other will use the jaggery. You then cook the cake using alternate layers of the batter, giving a more pronounced layer appearance. Halve the batter ingredients, and use 500g of caster sugar in one, and 500g of jaggery in the other.

Technique and patience are critical for this recipe to be successful.

The cake is cooked from top down, one layer at a time. It is time-consuming – it will take the best part of an hour and a half to cook, and it needs frequent attention.

Further, you must be careful with your oven. You are grilling this as much as you are baking this, and getting the two techniques in balance requires some skill. You need to set your oven to only use the top element, and you must not use any fan assistance. You want to limit the amount the earlier layers continue to cook as you add further layers on top.

All of which should not put you off cooking this. Yes, it is time-consuming, and yes, it is easy to over-cook it. But the results are impressive. 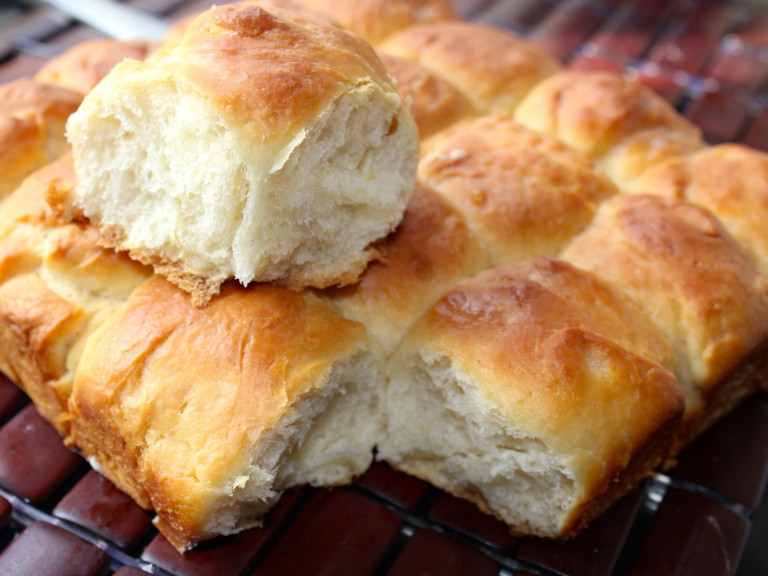 These bread rolls, pão, come from the Portuguese influence on Indian cuisine. They are very similar to Western bread rolls, but have a subtle Indian twist. 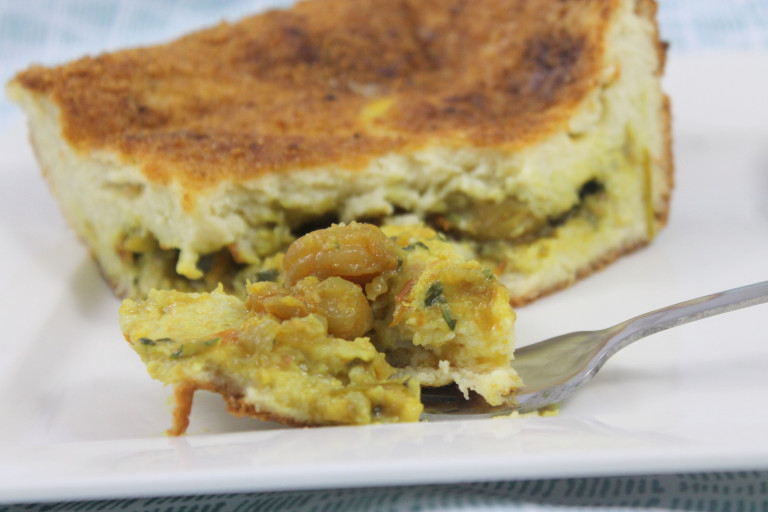 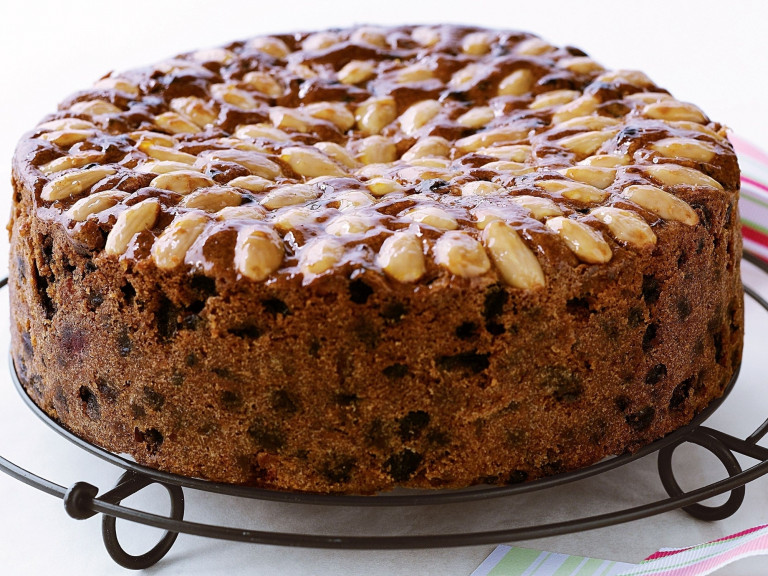 Christmas was a big deal during the days of the Raj, This christmas cake recipe is from then and is surprisingly gluten-free. Dried tropical fruit, almond meal and coconut flour create a wonderful fruit cake, suitable for today.