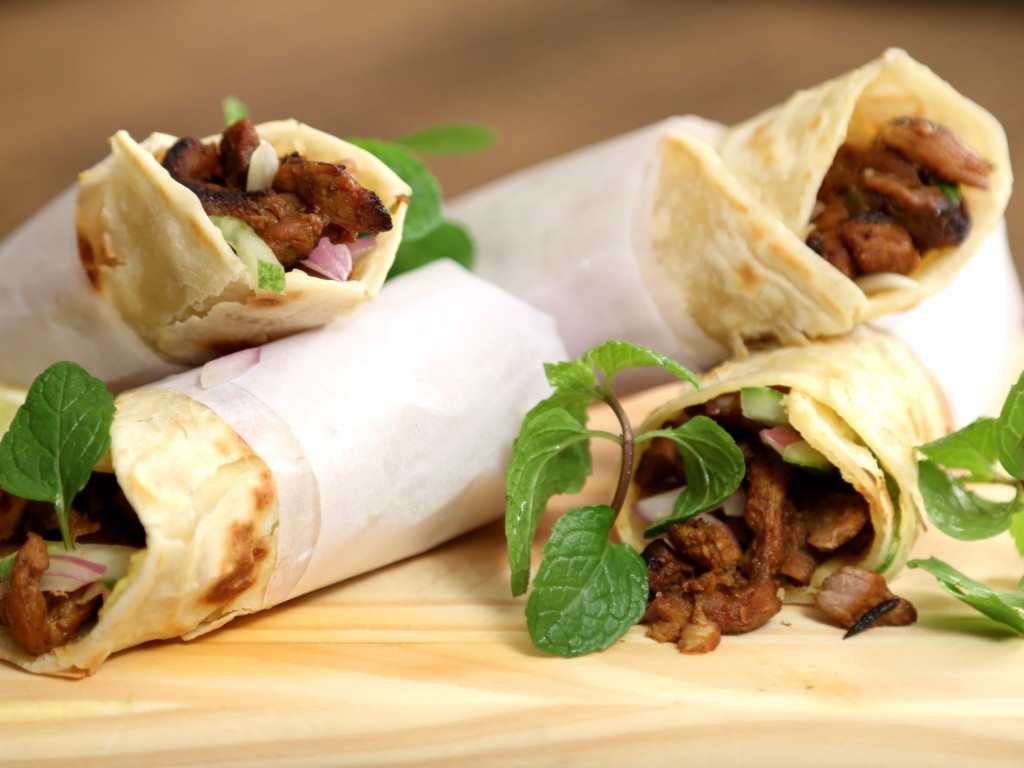 Spiced chicken, wrapped in an egg soaked flatbread is one of the best Kolkatta street vendor snacks. These are variously known as a kathi roll, kathi kebab, or Kolkatta kebab.

After a hard day at school, I would stop at the local fast food shop – McDonald’s had yet to reach Australia – and have a Chiko roll and a can of Coke. In his day, my father would stop at a street food vendor and have a kathi roll and nimbu pani. Having eaten a kathi roll, all I can say is progress isn’t what it is cracked up to be.

This recipe comes from our family’s time in what was then called Calcutta. Kathi rolls were my father and his young sister’s secret delights. Their mother did not approve of eating food from street vendors, with just a few exceptions. These exceptions were determined by her opinion of their cleanliness and freshness and their ability to provide things her cooks couldn’t, such as specialist desserts. You can imagine there weren’t that many exceptions.

Once my grandmother learnt of my father and his sister’s addiction to kathi rolls, the story has it she collected her parasol, her current cook, my father and aunt, then marched off to visit the street vendor. She extracted the recipe from the poor man, under some duress I imagine, then instructed her cook to produce these rolls on demand when the young family came home from school.

She was not going to have her offspring exposed to the dangers of street food, nor did she want it mentioned at the Writers Club that her children had to associate with natives and eat at common street vendors. This Writers Club was a building in Calcutta and was the home of the British administration – Delhi was in its infancy at this time.

The story continues when she discovered that not only did my father and his sister adore these rolls, but so did his young brother and his three older brothers. My grandfather then admitted to often having them himself. In fact, she was the only person in the family who didn’t eat them. She maintained that it was common food and she never ate a kathi roll in her life, or so she said.

These became a regular afternoon snack and weekend lunch.

You have to careful cooking these to not make them oily. The recipe below uses as little oil as possible to cook the dish. The drier the filling, the better.

A common variation to this chicken roll uses paneer instead. The technique and preparation is nearly identical, and is described in our paneer kathi roll recipe. 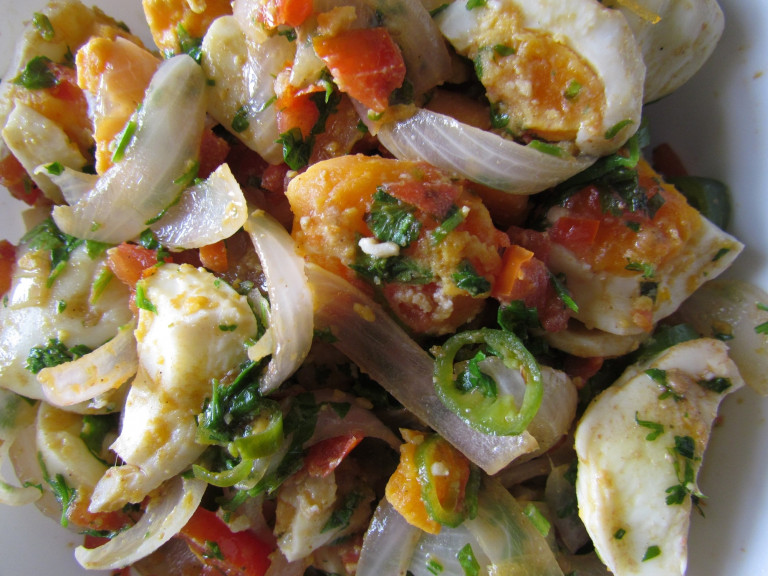 Take some boiled eggs, onion, tomato and a few spices and you have anda chaat, another great street food from Delhi. 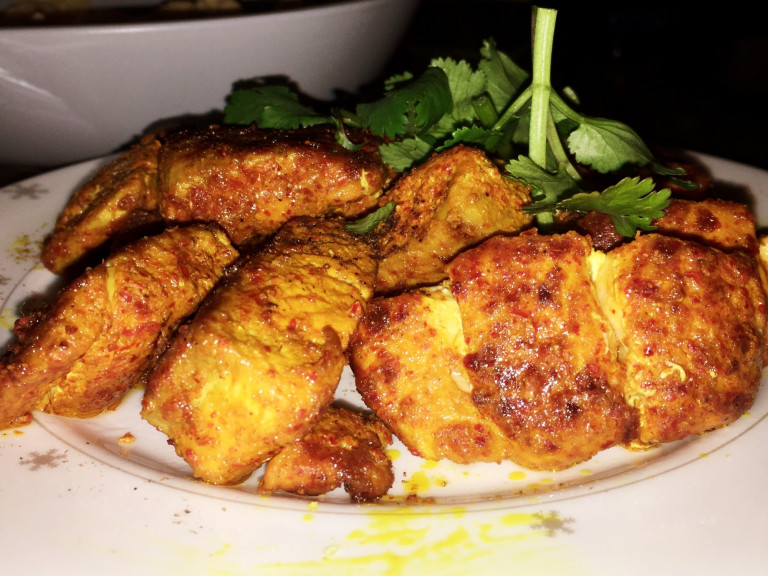 Maachi tikka is simple fried marinated fish dish. Easy to make and can be prepared overnight then finished just before serving. It is a very Mumbai-style dish. 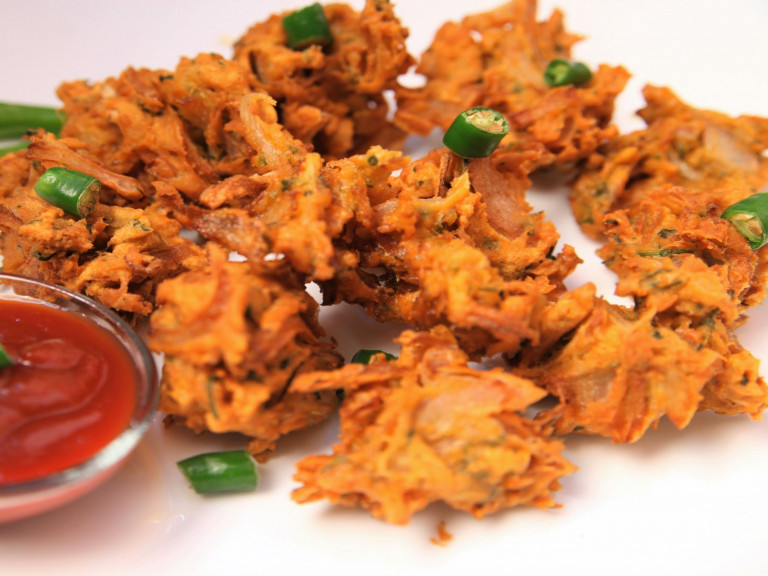 Onion bhaji are one of the great staters or snacks. The trick to making vengaya bhaji is to ensure there is more onion than batter.