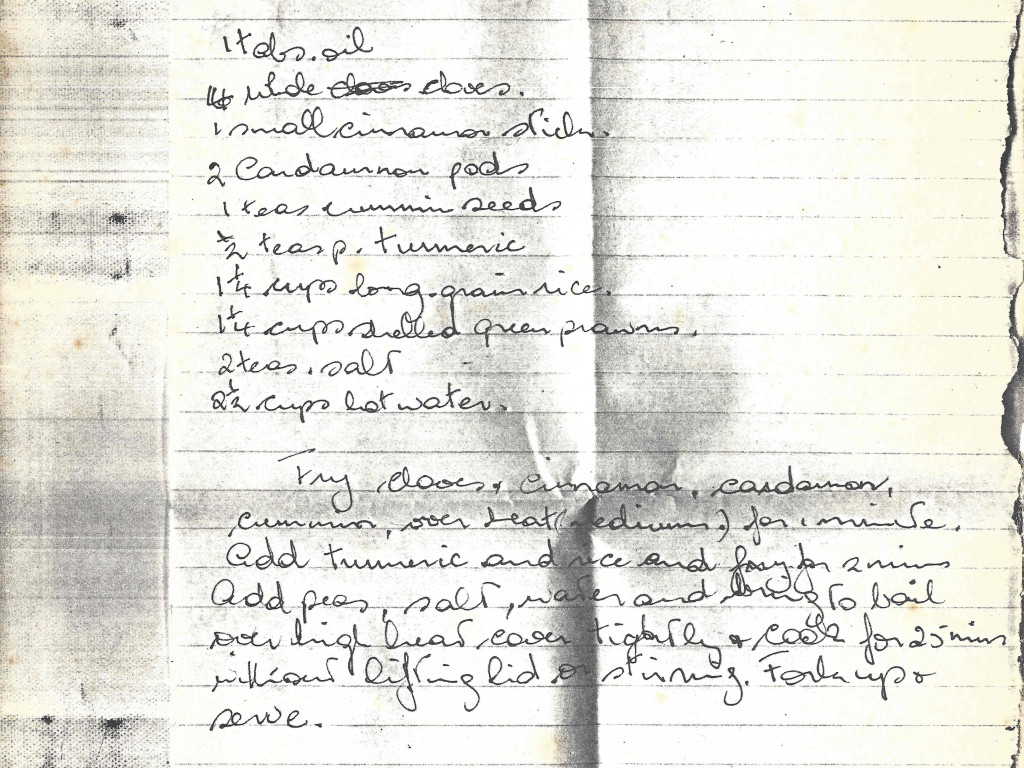 This is our family Indian cookbook. It features traditional recipes, Anglo-Indian dishes from the days of the Raj, and some modern and light versions of old favourites.

You might ask what would an Australian know about Indian food, and why would he think anyone would be remotely interested in reading this?

You may find the answer interesting. I come from a Colonial British family. They lived in India for several generations until Independence in 1947. My part of the family returned to England, and eventually migrated to Australia. Other parts of the family stayed, and others migrated to places all around the world.  This book is based upon my grandmother’s cooking notes, derived from a lifetime in what she called “the colonies”.

Many of the dishes will be quite different to what you have experienced in Indian restaurants. Firstly, it is because they are more traditional home-cooked recipes, and secondly, they come from a much wider cuisine tradition than most restaurants offer. Other than a handful of regional specialists, most Indian restaurants just offer dishes from the north of India because they comply with the norms of our palates and expectations. This book casts a much wider net.

Geo-political boundaries were different in those days. This cookbook contains recipes that come from today’s Pakistan and today’s Bangladesh. Although Sri Lanka, known as Ceylon then, and Myanmar, known then as Burma, were not part of the Raj, their proximity meant they had some culinary influence on the British.

The Chinese had a presence in Kolkatta at that time. There is a cuisine based on this Sino-India alliance that would surprise you. It certainly surprised me, but unfortunately few recipes in my grandmother’s notes describe these recipes.

Having said that, realise that whilst the recipes in this book are regionally diverse, they can’t claim to be very culturally diverse. Most of these dishes were prepared by domestic staff to serve to their well-to-do colonial masters, mistresses, guests and children, which hardly reflects the diversity of the Indian food traditions. Many of the dishes are Anglo-Indian and reflect an Indian take on things that the English would find acceptable. Or, they reflect an English take on traditional Indian fare.

It is worthwhile bearing in mind that the Raj did not always insist on British cuisine. They adopted traditional dishes enthusiastically.

Whatever. Enjoy reading, enjoy the cooking, and more importantly, enjoy the food. These are the dishes that my family have been enjoying for over two hundred years.

the genesis of the cookbook

My grandmother was what we would now call a foodie. She was also, I am told, a caricature of a memsahib. She managed her six children and her servants with a “firm but fair” attitude and would not tolerate what she deemed nonsense or slipshod. She spent much time in the kitchen with the cooks, observing, and making notes. And, shall we say, offering some guidance. Those notes, of course, became her cookbook, and are the source of most of the recipes here.

The main purpose of the notes was to stop any deviation from what she deemed “just right”. They were also used to instruct the next cook. There seemed to be a progression of cooks according to her notes. Each successive cook was bludgeoned with the legacy of his predecessor but also tapped for his particular expertise.

Her views on the cooks are an interesting insight into the times. She says,

“This new cook is disgraceful. His wife, however, who he has doing the menial kitchen duties, has an exquisite touch. She prepares wonderful dishes for the children, whilst he massacres the most basic of meals. I must find a way to tell him that we want her to cook for us, not him. If he cooks for the children I am sure they will not complain about the difference. There is no doubt he will see this as an insult. If I do not address this correctly we will once again be searching for a cook.”

The notes were more formally organised when she returned to England. Having lived her life in affluent households in India, largely untouched by the Second World War, you can only imagine her shock at post-war Britain.

Appalled by the food, both in quality and preparation, and missing the tastes and flavours she had grown up with, she decided to use her notebooks and cook the food that she and the family were most comfortable with. This, from a woman who had never so much as made herself a cup of tea before.

By 1960 the family had evolved. My father’s older brothers had become conservative Englishmen. Their idea of an Indian feast is to go to the local curry house and have a prawn cocktail and a boneless chicken curry. My father’s younger brother had migrated to South Africa and was eating boerewors. His younger sister married an American and moved to California. I was a toddler, and we were just about to migrate to Australia.

My grandmother gave us her cookbooks and notes to take with us to the new country. My father was really the only one left who enjoyed the Indian food of their background. Sadly, he was not an inspired cook. But, I got the flavour and the inspiration.

Those cookbooks and notebooks are mine now and are the basis of most of the content here.

Clearly, the largest influence for this book is my grandmother and my family heritage.

But, over the years I have learned much from others, particularly from Indian friends, and the influences they see. This link to the section on influences talks about some of these. It will take you to a page that discusses some of the sources that have moderated or improved the recipes you see here.